While CHOUFFE beers are hugely appreciated in Belgium, they are also enjoyed well beyond our borders. Around the world, some people have become true ambassadors for the brand. Discover their story.

CHOUFFE on the top of the world

Our first stop is just over the border from us. After its creation in 1982, LA CHOUFFE quickly enjoyed great success in the Netherlands. Maxx Van Der Hoeven was part of this success. “I bought my first bottles of CHOUFFE at the famous “BierKoning” store in Amsterdam in 1986”, he remembers. “Having really enjoyed its subtle and crisp flavor, I introduced my friends at the “De Belgische BierCultuur Vrienden” club to it and they liked it straight away, as did the owner of the famous Quinto bar-restaurant in Amsterdam”, he explains. “Enthusiastic, he began to offer this new beer in the bottle, and then quickly on draught... It has been on the menu now for more than 25 years.” 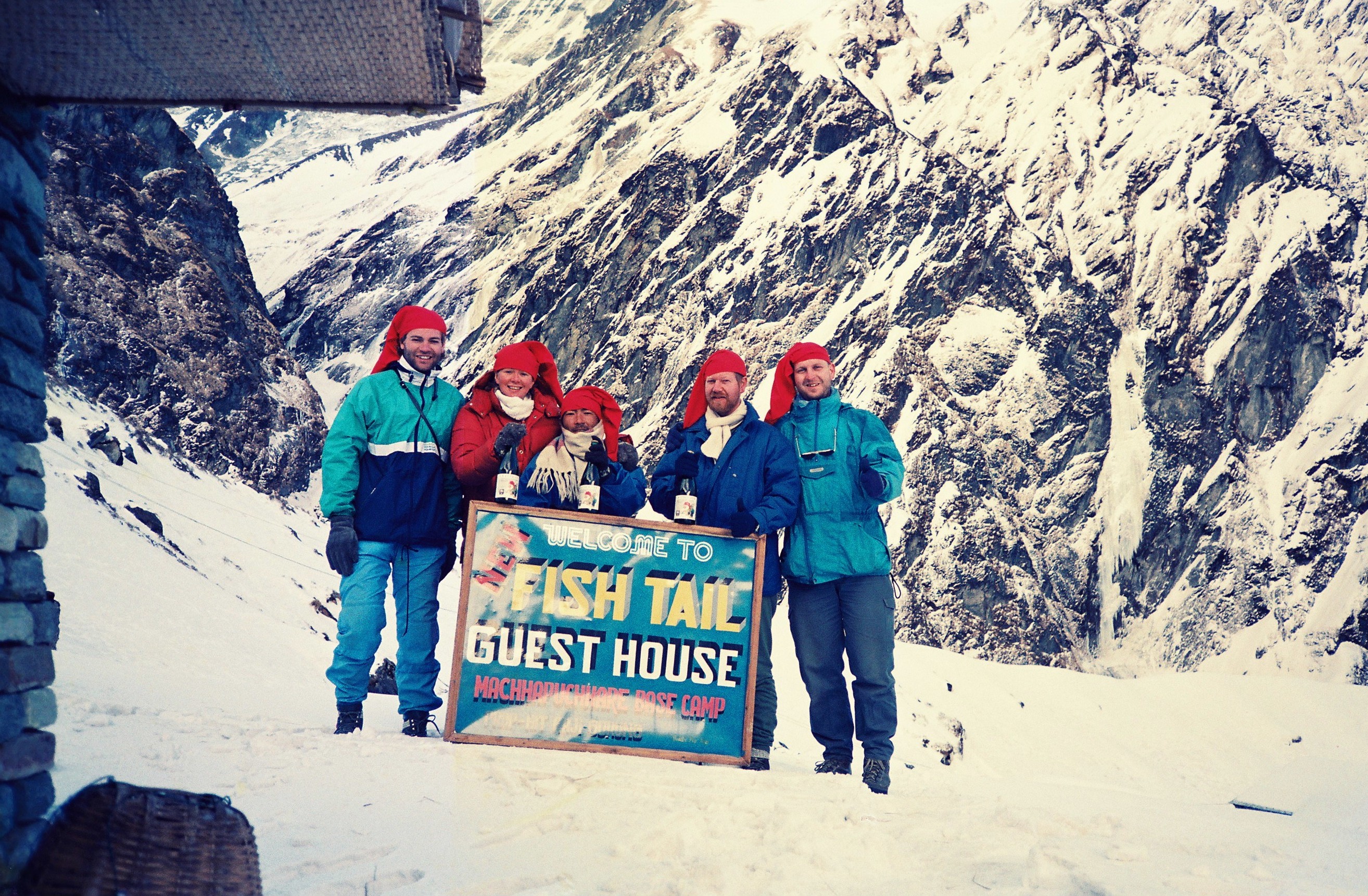 Maxx not only helped to introduce LA CHOUFFE in the Netherlands, but also more widely by taking his favorite beer to Bhutan. “In 1991, I toured this mysterious Buddhist country for two weeks with my friend Pieter Bakker, who is also a CHOUFFE fan”, comments Maxx. “LA CHOUFFE was a big part of our journey, since we had taken the trouble to put two bottles in our luggage.” Thanks to Maxx, our beer from the Ardennes has also reached the mountains of the Himalayas. The three bottles they took were transported by a Sherpa and drunk at an altitude of over 6666 m, making LA CHOUFFE the highest beer in the world.

Our world tour of CHOUFFE fans continues with the tale of Toshio Sena. The former Managing Director of Sumitomo Bank for the Benelux area, Toshio Sena lived in Brussels from 1989 to 1994. It was during a business trip to the Ardennes that he discovered LA CHOUFFE. “I remember this first visit to the Brewery in June 1989 very well. I took the opportunity to take several bottles of CHOUFFE back to Brussels in order to introduce my friends to it”, he says. “I also met Chris Bauweraerts and we're still in contact.”
Toshio Sena later returned to Achouffe to attend the Grande CHOUFFERIE with his family. He also wrote an article about the brewery for the magazine of the Association of Directors of Japanese Companies in Europe, of which he was President.
While nearly 9,500 km separate Achouffe and Japan’s capital, where Toshio Sena now lives, he still continues to enjoy LA CHOUFFE. “We are fortunate to have many Belgian establishments in Tokyo so we can easily enjoy the CHOUFFE range”, he highlights. "Every time I drink these beers, with their bright color and intense taste, they remind me of the rural landscapes of the Ardennes.”

CHOUFFE FAN FROM FATHER TO DAUGHTER 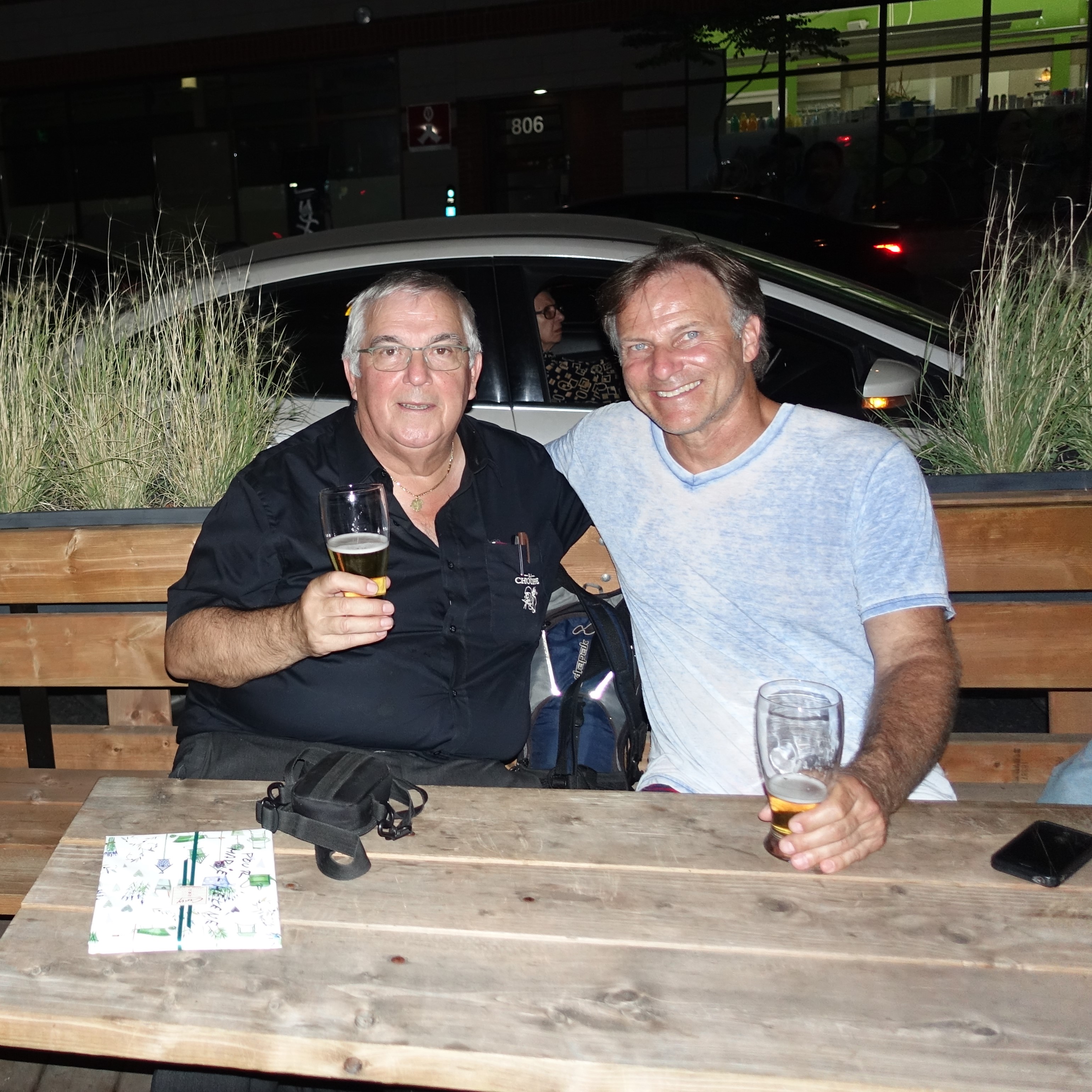 My name is Carl Seguin, I live in Montréal and I have two daughters. My love affair with CHOUFFE began in 1987. During a visit to the SAQ (Société des Alcools du Québec), I discovered a section offering beers from various countries. I used to buy a few bottles every week to try with friends. Always on the lookout for unique bottles, from the contents to the label, one day my eyes were drawn to this famous dwarf in the red cap... When we tasted my find with my “gang”, it was a unanimous thumbs up. Every occasion became a good opportunity to open one, then another... LA CHOUFFE is still our favorite beer to this day. It still takes pride of place at our oyster parties.

One summer afternoon, while under the intoxicating effect of LA CHOUFFE, I noticed a phone number on the label. I said to my friends: “Hey guys! Why don’t we tell them that we’re getting drunk on their beer?” “I’m calling you from Quebec simply to say that my friends and I love your beer”, I said on the phone. “We're sure that we’re the biggest consumers in Quebec!” One of the founders, Mr. Gobron, was so touched that someone had taken the trouble to call from so far away to honour “his” beer that he contacted his importers in Quebec so that we could meet. No sooner said than done! On 20 September 1991, around ten of us fans gathered, delighted to welcome our two CHOUFFE importers.

The following year, our two new friends informed us that the inventors of LA CHOUFFE wanted to come to Quebec. We had to welcome them. The reception took place on 28 March 1992 in a small apartment in Montreal. We were around twenty revelers at an unforgettable evening. I was delighted to meet Chris and Pierre, two wonderful characters, passionate about their job, who never miss an opportunity to celebrate.

And then, there I was, 25 years later, with my daughters who were visiting from Switzerland. We were talking in the kitchen, when Enya, my eldest daughter, aged 22, noticed an empty bottle of CHOUFFE. “Hey dad! You know this beer?!” “... “Oh yes, I know it! Sit down and I tell you about it...” What a wonderful surprise to find out that Enya is also part of the “fan club” and that we share this love for LA CHOUFFE. I have to believe that she’ll be happy to follow in her father’s footsteps and continue to promote this wonderful beer. To be continued...


LA CHOUFFE on draught in Louisiana 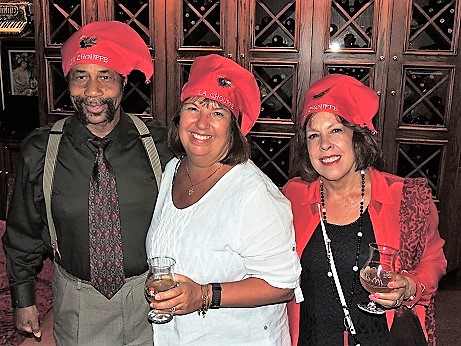 Now let’s cross the Pacific for a third stop in New Orleans, with Patrick Van Hoorebeek. This Belgian expat living in the United States owns a wine bar where he also serves LA CHOUFFE, a beer he discovered when he worked at the Saint-Guibert Brewery before he left for the States.

“In the mid-80s, I took a sabbatical to visit my father who was living in Louisiana”, explains Patrick. “At the end of the year, I decided to stay.” After working in various restaurants, Patrick realized his “American dream” on 21 July 2011. He opened his own bar, Patrick’s Bar Vin in New Orleans. “It’s the only establishment in the city’s French quarter that sells LA CHOUFFE on draught”, he says. “Some people come to us especially to enjoy it...” Every week, the bar goes through a barrel and a half of CHOUFFE.
During the famous French Quarter Festivals held in New Orleans, Patrick met Chris Bauweraerts in 2014. Since then, they have stayed in contact and try to organize an event every year combining CHOUFFE and jazz at this American bar.

A CHOUFFE cat in Israel

Now we’re heading to the Middle East to meet Gilad Dror, Brand Manager for the Duvel Moortgat Group's beers in Israel. In his own words, a “beer geek, artisan brewer and marketing enthusiast”, Gilad has become a real CHOUFFE fan to the point that he has even named his cat after it!

“Israel was one of the first countries to import CHOUFFE beers. It didn’t take long before I tasted them and fell in love with them and the dwarfs”, he laughs. “All CHOUFFE beers are so well made. And that's not simply a compliment; as a brewer I know how difficult it is to produce a beer that is strong, easy to drink and accessible to a wide variety of palates...”, explains Gilad. “I also love the strong brand identity, its language always funny, mischievous, and playful.“
If Gilad likes LA CHOUFFE, he’s not the only one in Israel. “Israeli customers like strong Belgian beers, it’s a big market here”, he comments. “Some bars in Israel are decorated with everything CHOUFFE. The most famous of them is called “CHOUFFE-land” and is one of the busiest bars in Tel Aviv.”