Dominique Mathurin (still on the left) started work at Achouffe almost thirty years ago to support the two founders in developing the brewery, and knows the ropes better than anyone else.. and the gnomes in the valley. He answered our questions.

Dominique, the gnomes have known you for thirty years… but you had a very different life before you came here, didn’t you?

That’s right. I first worked for ten years as an aviation technician, and then as an instructor in the air force. I had worked all over the place and wanted to do something completely different. At the time, Pierre and Christian, the two founders of the brewery, were looking for a general-purpose technician. On 13 March 1989, seven years after the brewery’s official launch, I was hired and the adventure began.

What is your role within the brewery? Has it changed over the years?

I was the brewery’s first employee. With the two founders, we did everything together and by ourselves: preparation, brewing, bottling and barreling, cleaning and maintaining equipment, welcoming customers… I also took care of all the small woodwork jobs, plumbing and heating work. Nothing was subcontracted, to keep costs to a minimum. At the time, I had fun listing the different “professions” we took care of, and I managed to count about thirty of them! 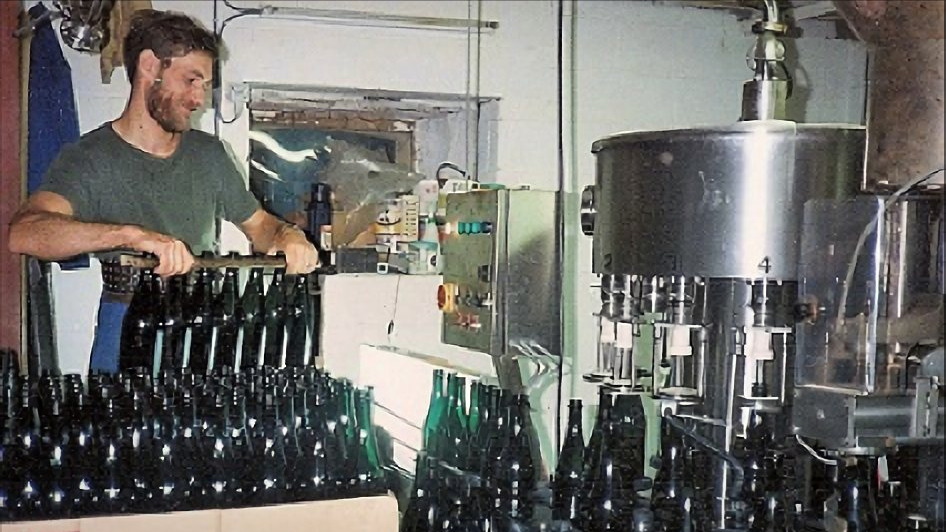 After that my job became more and more specialised. I am now responsible for the upkeep and maintenance of the brewery. I have two colleagues who assist me in this role. These days, many stages of the manufacturing process are automated, which makes it possible to avoid accidents more effectively, ensure constant quality for our beers, in terms of colour, “fizziness”, bitterness in particular, but also in terms of increasing production.

Your longevity at the brewery is worthy of that of a gnome. What’s your secret?

I love this job, because it’s so varied. It also brings me into contact with all kinds of people, whether they are my colleagues or suppliers. And a brewery is a living place: I’m still learning new things every day, it’s incredible!

Joker! To be honest, I would probably say N’ice CHOUFFE. For people who like dark beers, I think it is undoubtedly one of the best in the world.

What is your nicest memory at the brewery?

I have a lot of nice memories here, especially during LA GRANDE CHOUFFERIE. A few years ago, I discovered the “crate stacking game” during a stay in Switzerland, so I suggested setting up a similar contest during our annual party. Over the years, it has become a veritable event. The current record is twenty-nine… you had better not be afraid of heights!

Finally, what have you most been proud of in your career?

One thing I can be proud of is that I was a modest contributor to the development of the Achouffe Brewery. It’s kind of my baby too. 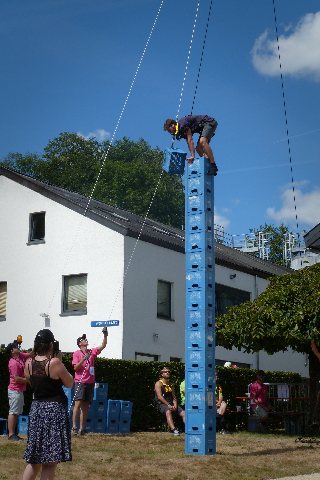 CHOUFFE uses cookies for an improved customer experience, to make the website function, to analyse your visit, to make dedicated offers and to make social media interactions possible. If you click on the agreement button, you accept that all cookies are activated.
I agree